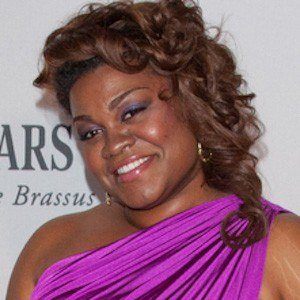 Actress who starred as Oda Mae Brown in the original Broadway production of Ghost the Musical.

She graduated from Temple University and the Yale School of Drama.

For her performance in Ghost the Musical, she was nominated for a Tony Award and an Outer Critics Circle Award.

She grew up in Philadelphia and Hershey, Pennsylvania.

She and Caissie Levy both appeared in the 2012 production of Ghost the Musical.

Da'vine Joy Randolph Is A Member Of

Dolemite Is My Name
The United States Vs. Billie Holiday
Selfie
35 Year Olds