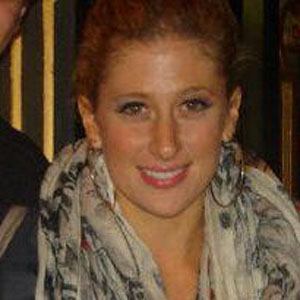 Actress who originated the role of Molly Jensen in Ghost the Musical. Her other Broadway credits include Wicked, Hair, and Hairspray.

After graduating from the American Musical and Dramatic Academy, she was cast as Maureen in the United States national tour of the musical Rent.

In 2014, she began playing the role of Fantine in the Broadway production of Les Misérables.

She was in "Ghost the Musical," a piece based on a 1990 film starring Demi Moore.

Caissie Levy Is A Member Of