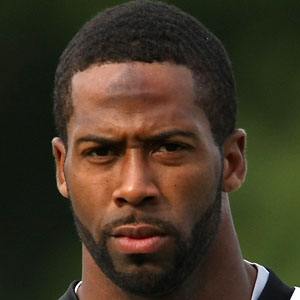 Strong safety who played college football at Georgia Tech and debuted in the NFL for the Baltimore Ravens in 2006.

He redshirted his freshman year at Georgia Tech and was originally a quarterback before switching to safety.

He won the Ed Block Courage Award in 2009, an award given to a player who exemplifies sportsmanship and courage.

His older brother LaRon Landry was an All-American safety at LSU who went on to play in the NFL.

He played alongside All-Pro linebacker Ray Lewis on the Ravens from 2006 to 2010.

Dawan Landry Is A Member Of