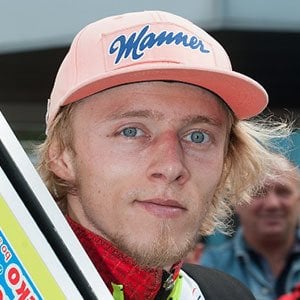 Polish ski jumper who is known for competing as a member of the Polish national team during both the 2014 and 2018 Winter Olympics. Specializing in team events within the jumping categories, he is also known for having competed in the Ski Flying World Championships.

He made his international competition debut in September of 2005 in the FIS Cup Competition in Bischofshofen. He gained attention in 2013 when he took home the bronze medal at the World Championships in Val di Fiemme.

He won a gold medal in 2017 at the World Championships in Lahti within the team LH category.

He was born and raised in Nowy Targ, Poland.

He shared a photo with photographer and artist Ewa Bilan Stoch to his Instagram in June of 2017.

Dawid Kubacki Is A Member Of