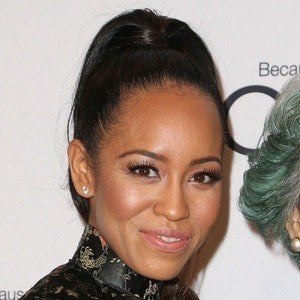 Actress with many roles under her belt, she rose to fame when she landed the starring role on Queen Sugar in 2016. The same year, she appeared in several episodes of the Netflix series Luke Cage.

One of her earliest roles was in 1994 when she played Sandy Rochon in an episode of the first season of ER.

She moved to New York to attended the Juilliard School.

She was born in Los Angeles, California. She is close friends with her Queen Sugar cast mates and often posts Instagram photos with Rutina Wesley and Kofi Siriboe.

She appeared in an episode of The Mysteries of Laura starring Debra Messing.

Dawn-Lyen Gardner Is A Member Of