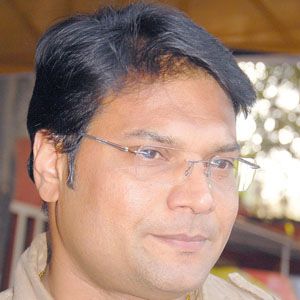 Indian screen actor known for his role as Senior Inspector Daya in the television series C.I.D. The role earned him a 2012 Gold Award in the Best Supporting Actor category.

He began his career as a stage actor, winning a theatrical award for his role in a one-act, tulu-language play.

He also had a career as a vocalist; some of his songs were featured in talk shows and on C.I.D.

He was raised in Katapadi, Karnataka, India. He welcomed a daughter with his wife Smitha Shetty.

He and Kushal Tandon both had successful acting careers in India.

Dayanand Shetty Is A Member Of