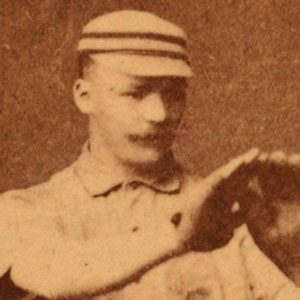 The original baseball ironman, he spent 26 seasons as a catcher with a dozen different teams; nicknamed 'The Duke' for his mild-mannered approach to the game.

He first played professionally for the Toledo Blue Stockings of the American Association.

He became a manager after retiring, but never stayed with a team for more than two years.

He was born in Youngstown, Ohio, in the middle of the Civil War.

His final appearance behind the plate came two years into his retirement, when the regulars of the Detroit Tigers, who he was managing, went on strike to protest the suspension of Ty Cobb.

Deacon McGuire Is A Member Of