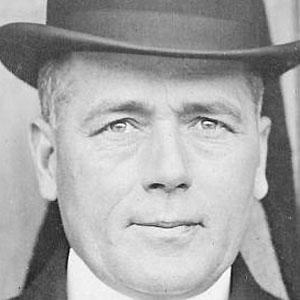 MLB outfielder whose career spanned for 18 seasons; retired with a career .301 batting average.

He was born in Ireland and immigrated to the United States as a child.

He served as the player and manager for several teams during his career.

He had three sons and one daughter with his wife Teresa.

He played on the Boston Red Sox alongside Babe Ruth in 1914.

Patsy Donovan Is A Member Of