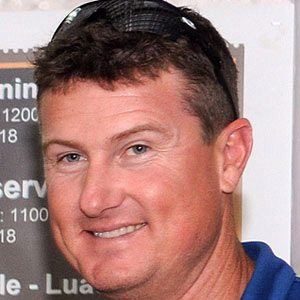 Former MLB third baseman who played for the Texas Rangers, Kansas City Royals and Detroit Tigers from 1989 to 2003.

He became the first Texas Rangers player to hit home runs in his first three games of the season in 1992.

He was a member of the 1998 American League All Star team along with the Yankees Derek Jeter.

Dean Palmer Is A Member Of