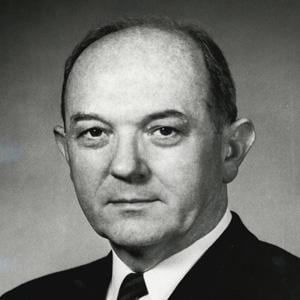 United States Secretary of State from 1961 to 1969 under Presidents Kennedy and Johnson. He greatly influenced US involvement in the war in Vietnam.

He served in the United States Military during World War II.

He married Virginia Foisie in June 1937 and the couple had three children together.

He served in office as the US Secretary of State under presidents JFK and Lyndon B. Johnson.

Dean Rusk Is A Member Of