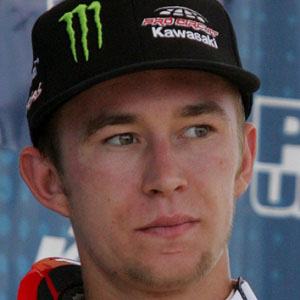 Professional motocross racer who began his professional career in 2010. He is sponsored by Suzuki.

He began his pro career after a successful amateur career and took 11th in the Supercross season opener in 2010.

He placed first at the 2012 AMA 250cc Motocross National Championship.

He hails form Grand Terrace, California. He and girlfriend Kel began dating in 2011.

He joined fellow motocross racer James Stewart Jr. as part of the Suzuki team in 2015.

Blake Baggett Is A Member Of