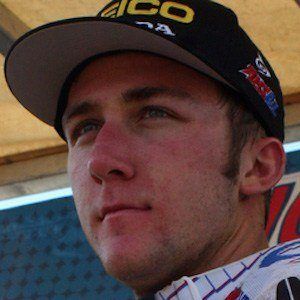 He began riding competitively at a young age, entering his first competition at 15. He made his debut in 2010 and won the first motocross race he entered.

He Signed with Monster Energy Kawasaki in 2015, but injuries put off his debut with the team until 2016.

His father is John Tomac, a Mountain Bike Hall of Fame member.

He joined Adam Cianciarulo on the Monster Energy Kawasaki team for 2016.

Eli Tomac Is A Member Of