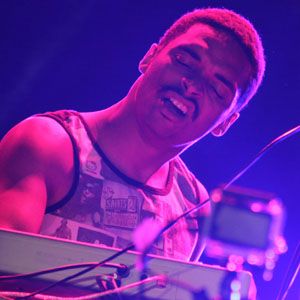 Drummer who founded the band KUDU and who briefly played with The Mars Volta, as well as the alternative rock group Bosnian Rainbows.

He taught at the Stanford Jazz Workshop and the Berklee College of Music.

He owns a communications agency in Brooklyn.

His family encouraged him to become a drummer, helping Parks jam for the first time when he was two.

He is a fan of Jimi Hendrix.

Deantoni Parks Is A Member Of