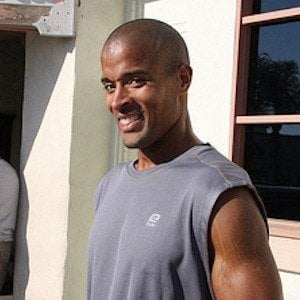 Retired Navy SEAL who is known for being an ultramarathon runner, cyclist, and triathlete. He has competed in multiple events and often works as a motivational speaker, discussing how to overcome obstacles and reflecting on his own time in the armed forces. In 2018, he wrote his own book titled Can't Hurt Me: Master Your Mind and Defy the Odds.

He began his career as a Navy SEAL making multiple deployments to Afghanistan and Iraq beginning in 2001. He is the first member of the U.S. Armed Forces to complete SEAL training, U.S.Army Ranger School, and Air Force Tactical Air Controller training. He retired from active duty as Chief Petty Officer in 2016 and began his running career.

He is known for winning a world record for the most pull-ups done in 24 hours. He received over 15 awards and decorations for his military service.

He was born and raised in Buffalo, New York. His father, Trunnis Goggins, was the owner of Skateland roller rink in Buffalo.

David Goggins Is A Member Of