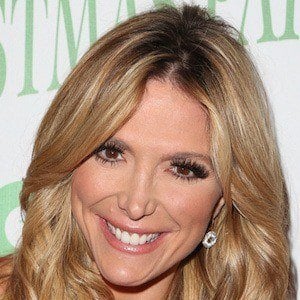 Entertainment host and personality. She is most known for her appearances on shows like The View and E!'s The Daily 10.

After poor reception from viewers and the media during her first season, she was fired from her hosting duties on ABC's The View.

After being fired from The View, she was replaced by veteran journalist Lisa Ling.

Debbie Matenopoulos Is A Member Of