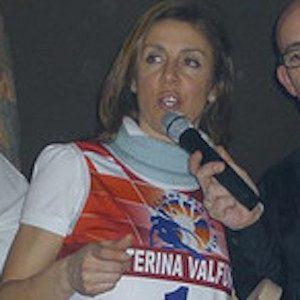 She won the World Junior Title in giant slalom as a teenager.

She won three gold medals in World Skiing Championships from 1996 to 1997.

She married Alessandro Benetton in 2000 and the couple has 3 children together.

Deborah Compagnoni Is A Member Of