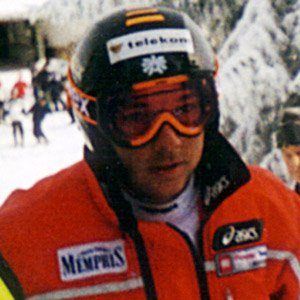 Alpine skier who won a gold medal in the 2002 Salt Lake City Olympics in the downhill event and also won gold at the 2007 World Championships in the team event.

He began his professional career in 1997.

He earned 31 podium finishes during his career, in the downhill and Super-G events.

He grew up learning to ski in Lienz, Austria.

He dressed up as Wolfgang Amadeus Mozart in the final race of his career.

Fritz Strobl Is A Member Of