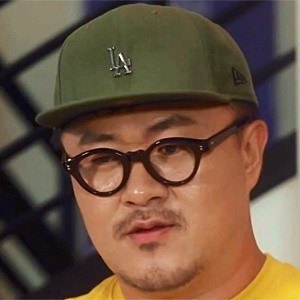 Korean rapper and television personality who is known for his comedic stylings in such songs as "The Gloomy Song," "Dok Go Die" and "Dirty Rap City." He began serving as the host of MBC Every1's Weekly Idol in 2011.

He graduated from the private Christian university Jeonju University in Jeonju, South Korea.

He received the Korean Music Award for Best Hip-Hop Album in 2004.

His real name is Yoo Dae-joon.

He is the co-creator of the show I Live Alone, featuring actress Han Hye-jin.

Defconn Is A Member Of