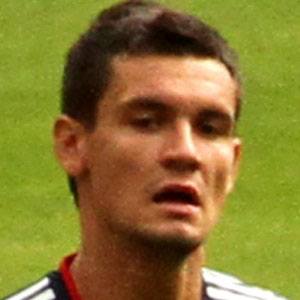 Defender who joined Southampton of the English Premier League in 2013, after previously playing for Dinamo Zagreb and Lyon. In 2014 he'd join Liverpool FC.

He began his youth career with Karlovac in Croatia.

He debuted for the Croatian national team in 2009. He was chosen by Croatia for the 2014 FIFA World Cup and the 2018 FIFA World Cup.

He was born in Zenica, Yugoslavia to Croatian parents. He married Anita Lovren in 2012. They have children named Elena and Josip together.

Midfielder Mathieu Bodmer was his teammate at Lyon.

Dejan Lovren Is A Member Of