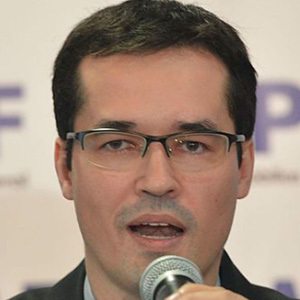 Brazilian lawyer who became an attorney for the Federal Public Ministry of Brazil in 2003.

He received his law degree with the Federal University of Paraná, and his master's degree from Harvard University.

He is best known for his role as the lead prosecutor of Operation Car Wash, a criminal investigation of oil company Petrobras.

He married Fernanda Dallagnol in 2008.

Sérgio Moro was the judge who oversaw Operation Car Wash.

Deltan Dallagnol Is A Member Of