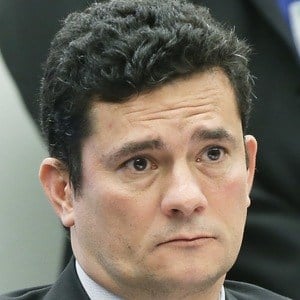 Brazilian federal judge who has overseen a number of high-profile cases including Operation Car Wash, a series of scandals involving the corruption and bribery of government officials and business executives.

His parents are Dalton Áureo Moro, a Geography professor, and Odete Moro, a Portuguese teacher. He has an older brother, César Fernando Moro. In 1999, he married tax lawyer Rosângela Wolff de Quadros.

Sérgio Moro Is A Member Of