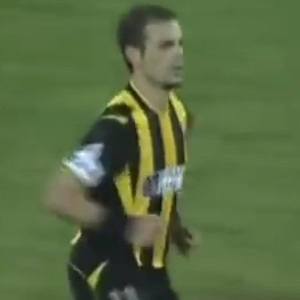 Goalscoring specialist who was revered as one of Greece's finest soccer players; later served as 42nd president of AEK Athens F.C.

His professional debut came at the age of 20 with Apollon Smyrnis, a team for whom he would play with from 1994 until 1996.

His family was living in Giessen, West Germany, when he was born, but he was raised in Alexandroupoli.

He and Akis Zikos played together on the Greek national team.

Demis Nikolaidis Is A Member Of