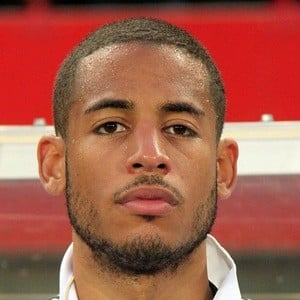 German professional footballer who is known for playing as a left back and midfielder for VfB Stuttgart. He is also known for his work as a winger on Germany's national team.

He first began his youth career in 1991 as part of the FV Grunwinkel club. In 1993 he joined the Bulacher SC for a year before joining Karlsruher SC. In 2004, he made his senior career debut with the SC Freiburg. He debuted for German'y first team in 2010.

He has won several awards both individually, the Silbernes Lorbeerblatt in 2010, and with Germany, the UEFA European Under 21 Championships and a third place finish at the 2010 FIFA World Cup.

He was born in Karlsruhe, West Germany but was later raised in Bruchsal after his parents split up.

He played alongside Philipp Lahm and Per Mertesacker as part of Germany's national team.

Dennis Aogo Is A Member Of