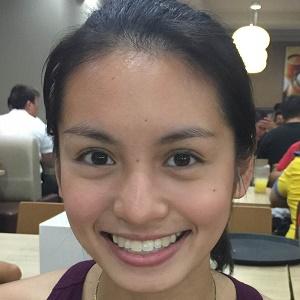 Filipino volleyball player who helped the Ateneo Lady Eagles win the UAAP Volleyball Championships in 2014 and 2015. She was also a member of the PLDT team and she competed at the Southeast Asian Games 2015 where she was named best receiver.

She began playing varsity volleyball when she was in the fifth grade at CSA Makati. She was originally a spiker, then transitioned to receiver in college.

Since graduating her university, she began playing for the Shakey's V-League. She received a number of awards while playing for UAAP and Shakey's.

She was born in Parañaque, Philippines. She frequently posts photos of her boyfriend on Instagram.

She and teammate at Ateneo Alyssa Valdez led their team to victory in 2014 and 2015.

Dennise Lazaro Is A Member Of