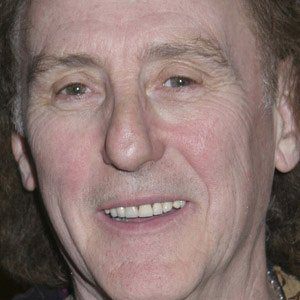 English guitarist, singer, and lyricist who performed with band Wings from 1971 to 1981.

He broke into the music industry by fronting the band The Moody Blues at age twenty, singing "Go Now."

He has released over nine solo albums since Wings disbanded in 1981.

He married Joanne Alice Patrie in 1978.

He was one of the co-founders of Wings with Paul McCartney.

Denny Laine Is A Member Of