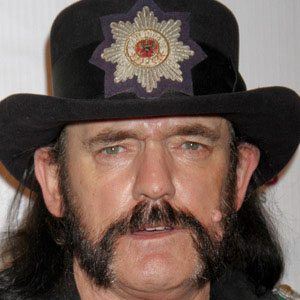 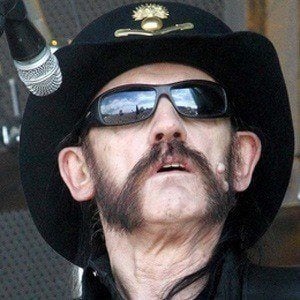 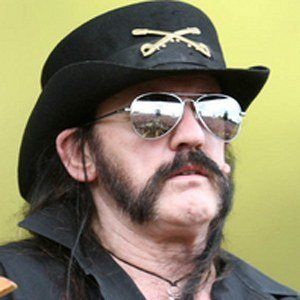 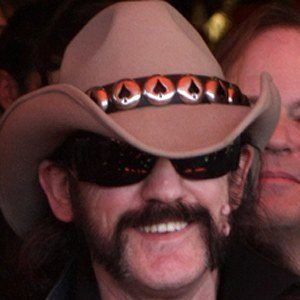 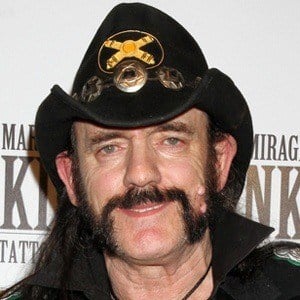 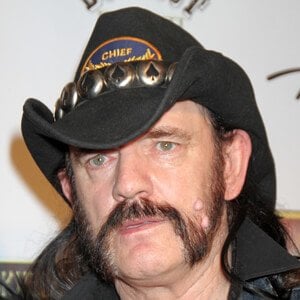 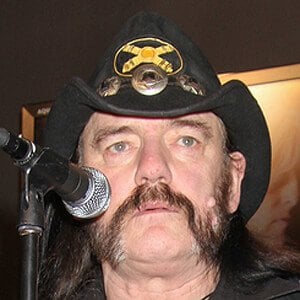 Rock songwriter, bassist, and singer with the band Motörhead who also collaborated with a number of other acts in a career spanning nearly five decades.

In the 1960s, he joined some of his first bands, The Rainmakers and The Motown Sect.

His name Lemmy came from him being a panhandling youth who was always saying, "Lemmy get a quid."

He had two sons named Paul Inder and Sean Kilmister.

He was acknowledged as a rock legend by Dave Grohl.

Lemmy Kilmister Is A Member Of