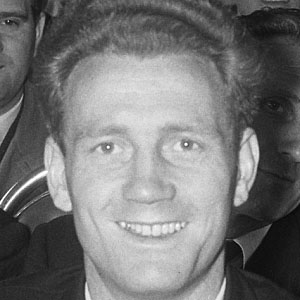 British half-back best known for his time playing for Chelsea in the 1950s.

He served as the youngest team captain in the Spartan League's history during the 1945-1946 season.

He played in every single game during Chelsea's 1954-1955 Championship season.

His family lived in Ware, England at the time of his birth.

He was a contemporary of fellow English soccer player Stanley Mathews.

Derek Saunders Is A Member Of