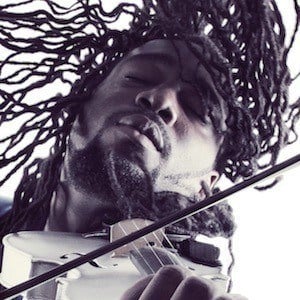 Violinist, DJ, and producer better known as Dsharp who is a content creating phenomenon on YouTube. He went viral with covers of Swedish House Mafia's "Don't You Worry Child," Katy Perry's "Dark Horse," and more.

He began entertaining as a musician in 1999 and made an appearance at Amateur Night at the Apollo Theater in Harlem, N.Y. while studying at the University of Alabama.

He used to play in school orchestras after picking string orchestra as an elective in the sixth grade. He initially wanted to play the trumpet, but could not afford one.

He was born in South Carolina to mother Mae Gleaton. His father worked as a military mechanic. He grew up with a sister.

He has shared the stage with fellow DJ/producers like Nicky Romero, Axwell and Kaskade.

Derryck Gleaton Is A Member Of