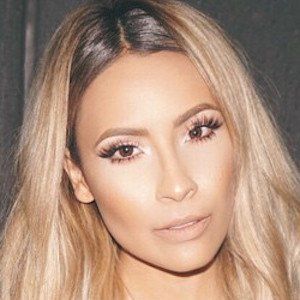 Lifestyle and beauty vlogging sensation on YouTube who is also incredibly popular on Instagram, surpassing 5 million followers on the latter network. She has owned her own sunglasses company.

She has more than 3.3 million subscribers on YouTube. In August 2017, she posted a Kim Kardashian makeup tutorial that has gone on to receive over 7 million views. She has also started the Dezi Skin beauty company.

She is of Spanish and Mexican ethnicity and she was raised with three brothers. Her husband, Steven, helped teach her how to edit videos. She and Steven welcomed a son named Ocean in October 2020.

She has posted celebrity makeup tutorials based on the looks of Jennifer Lopez, Kylie Jenner and Taylor Swift, among others.

Desi Perkins Is A Member Of