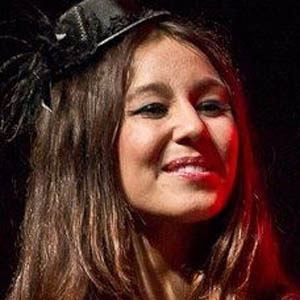 Child prodigy, guitarist, and recording artist who has released multiple solo albums and has worked with artists like Sammy Hagar, Ted Nugent and the Marshall Tucker Band.

She began playing guitar at the age of three and was playing live by age eight.

She has been the lead guitarist for Michael Jackson: The Immortal World Tour by Cirque du Soleil.

Her father Daniel also acts as her manager; her mother's name is Myrna. She has siblings named Justin and Jessica, who is also a musician.

Her parents encouraged her to sing after hearing her sing herself to sleep singing Reba McEntire songs.

Desiree Bassett Is A Member Of