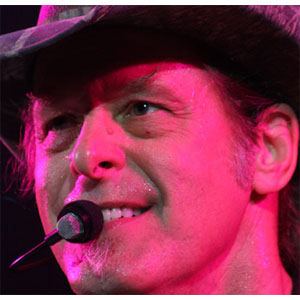 Rock guitarist known for conservative political views. He first rose to prominence with the group The Amboy Dukes. He has released solo hits such as "Cat Scratch Fever."

He grew up in a strict environment with an Army sergeant father.

Outside of his music, he is well-known for his vocal support of the NRA.

He married Sandra Janowski on January 30, 1971 and, after their divorce on December 31, 1979, he remarried Shemane Deziel on January 21, 1989. He has three daughters named Sasha, Chantal and Starr and two sons named Theodore and Rocco.

He participated in a jam session tribute to Martin Luther King Jr. with Jimi Hendrix.

Ted Nugent Is A Member Of