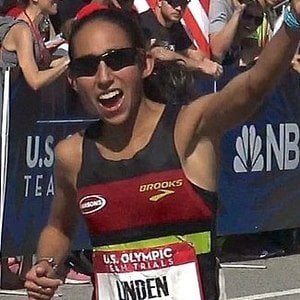 American long-distance runner who is best known for being a United States Olympic athlete, competing in multiple Olympics women's marathons. She won the Boston Marathon in 2018.

In high school, she was a part of the track, field, cross country, and soccer teams. After graduating in 2001, she attended Arizona State University where she continued to compete while simultaneously studying for a degree in psychology.

Since turning professional, she has picked up a variety of high profile sponsorships including Oakley, Powerbar, and Timex.

She was born and raised in Chula Vista, California.

As a trainer with the Hanson-Brooks Team in Michigan, she earned representation from Josh Cox.

Desiree Linden Is A Member Of