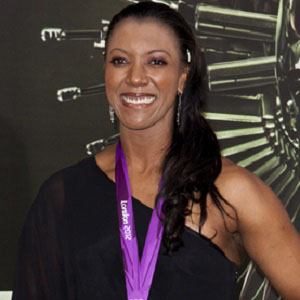 American volleyball player who represented the US at the 2012 Summer Olympics and won gold at the FIVB World Grand Prix in 2010 and 2011. In league play, she won the 2011-12 Superliga title with Osasco and the 2012-13 CEV Women's Challenge Cup title with Dinamo Krasnodar.

She was the Texas state champion in the high jump as a high school student and later won the Big 12 Player of the Year award in volleyball at the University of Texas. She also won four NCAA high jump championships.

In 2011, she was named the FIVB World Grand Prix's Most Valuable Player and the World Cup's Best Spiker.

She married Steve Coulter in 2012. Her sister is a world-class track and field athlete Marshevet Hooker.

She was teammates with Danielle Scott-Arruda on the silver medal-winning US team at the 2012 Summer Olympics.

Destinee Hooker Is A Member Of