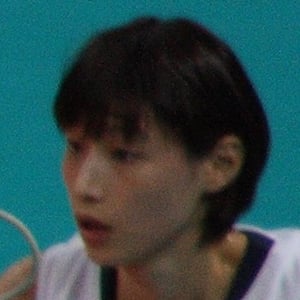 Professional volleyball player who has medaled for South Korea at numerous tournaments, including the 2014 Asian Games, where she took home the gold. At the club level, she has won titles with JT Marvelous, Fenerbahçe and the Incheon Heungkuk Life Pink Spiders.

She made her professional debut for Heungkuk Life in 2005.

She has earned MVP honors while competing in Women's CEV Cup, CEV Women's Champions League, the Summer Olympics and more.

She has a sister named Kim Hye-kyung.

She has played alongside Eda Erdem Dundar on the Turkish club Fenerbahçe.

Kim Yeon-koung Is A Member Of