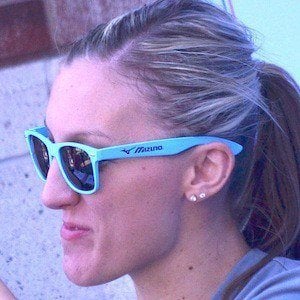 Volleyball outside hitter was an All-American in all three college years, and earned a silver medal for the U.S. at the 2012 London Olympics.

She was the Big 12 Freshman of the Year in 2005, and the following year helped her University of Nebraska win the national title.

When not competing internationally, she played in the CEV Women's Champion's League for the Russian team Dinamo Kazan.

She married her husband Luke Burbach.

Steve Timmons was another Olympic medal-winning volleyball player for the U.S.

Jordan Larson Is A Member Of