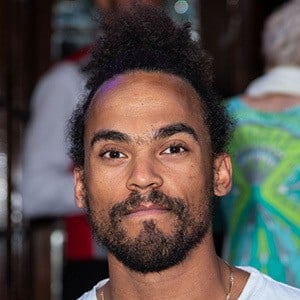 British actor, media host and DJ who became best known for presenting the weekend afternoon show on BBC Radio 1. He has collaborated with Reggie Yates on various radio programs including Lowdown with Reg & Dev.

He studied drama at the Anna Scher Theatre School in Islington.

He created and starred in the children's sitcom The Crust which aired from 2004-05.

His mother is Irish and his father is Jamaican. He has a twin sister and two other siblings.

He was once the warm-up performer for Kanye West at the Hammersmith Apollo.

Dev Griffin Is A Member Of