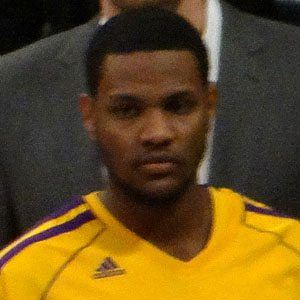 NBA forward who broke into the league with the Los Angeles Lakers in 2010.

He played 2 years of college basketball at West Virginia before declaring for the 2010 NBA Draft.

He spent time in the NBDL playing for the Bakersfield Jam and Los Angeles D-Fenders from 2010 to 2012.

He was born to Hubert Ebanks and Yvonne Jackson.

He joined All-Star shooting guard Kobe Bryant on the Los Angeles Lakers in 2010.

Devin Ebanks Is A Member Of