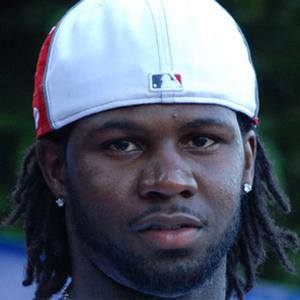 Kick return-specialist and wide receiver who set the NFL record for most all-time return touchdowns on September 18, 2014 with the 20th return TD of his career, surpassing the great Deion Sanders. He played for the Chicago Bears from 2006 to 2013, then signed with the Atlanta Falcons in 2014.

He lost both his parents during his teenage years and was introduced to football to help him cope. He played college football at the University of Miami.

He helped lead the Bears to Super Bowl XLI in 2007, where they were defeated 29-17 by the Indianapolis Colts.

He is the son of Lenorris Hester and Juanita Brown. He married Zingha Hester in 2010 and he has a son named Devin Hester Jr.

In 2007, he became the second NFL player to score four punt return TDs in one season, tying a record set by Jack Christiansen in 1951. Patrick Peterson would also accomplish the feat in 2011.

Devin Hester Is A Member Of