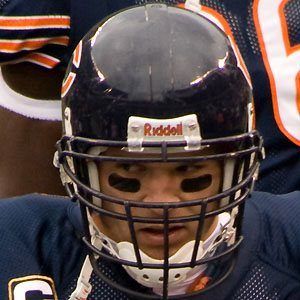 Longtime NFL linebacker for the Chicago Bears who helped lead the team to a Super Bowl appearance in 2006. He was an 8-time Pro Bowl selection and he set Chicago Bears' franchise records for single season tackles (153) and career tackles (1,192).

He attended the University of New Mexico, where he dominated on defense while catching six touchdown passes as well.

He was featured in Sports Illustrated in 2006, which was also the year the Bears lost to the Colts in the Super Bowl.

He and his ex-wife Laurie had two daughters. He also had a son with Tyna Robertson, and he has a brother named Casey.

He and Lance Briggs helped anchor the Chicago Bears' defense in the mid-2000s.

Brian Urlacher Is A Member Of