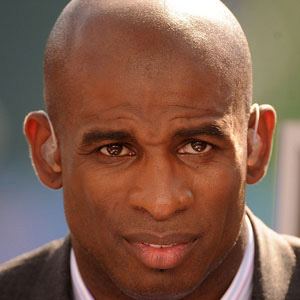 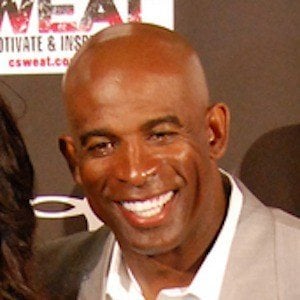 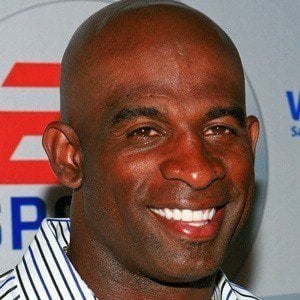 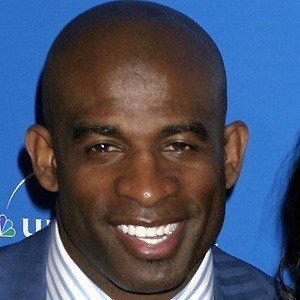 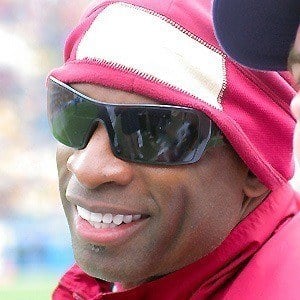 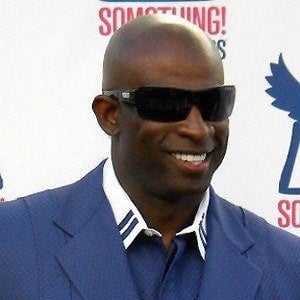 NFL cornerback and MLB outfielder who became the first athlete to play in both the Super Bowl and the World Series. He was an 8-time Pro Bowl selection and 2-time Super Bowl Champion during his illustrious NFL career.

He earned his nickname Primetime in an All-Star basketball game after doing a 360 dunk.

He set an NFL record with 19 return touchdowns - including kicks, punts, interceptions and fumbles. His record was then overtaken by Devin Hester in 2014.

He had five children between two marriages to Carolyn Chambers from 1989 to 1998 and Pilar Sanders from 1999 to 2013. His children are named Deiondra, Deion Jr., Shelomi, Shedeur and Shilo. In 2012, he began a relationship with Tracey Edmonds. The couple got engaged in 2019.

He won his second Super Bowl championship with the Dallas Cowboys in 1996 alongside star quarterback Troy Aikman.

Deion Sanders Is A Member Of