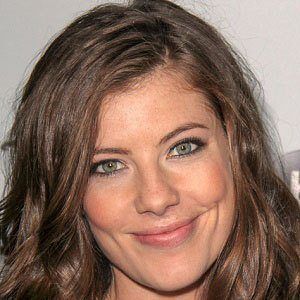 Perhaps most well known for her roles as Dr. Maggie Langston and Vonda Wysocki on the respective television series Resurrection and The Chicago Code, she is also notable for her recurring role as Kat on the Oxygen Network series Tease, as well as her major role in The CW's Frequency.

After graduating from the University of Southern California's Bachelor of Fine Arts program in acting, she appeared in several productions at Massachusetts' famous Williamstown Theatre Festival.

She starred as Amanda in the 2012 disaster movie Chernobyl Diaries. She was featured in the films Turtle Island (2014) and Anchors (2014).

A native of St. Paul, Minnesota, she grew up with siblings named Lauren and Ryan.

In 2011 and 2012, she played the recurring role of Parker Rowland on the Piper Perabo series Covert Affairs.

Devin Kelley Is A Member Of