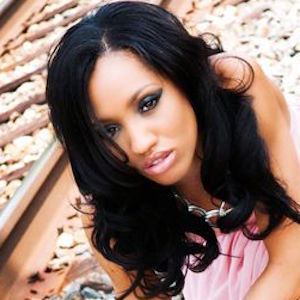 Most Popular#59808
Born in Kaduna, Nigeria#1
Singer Born in Nigeria#38

Nigerian R&B singer-songwriter who is best known for her single "Rock Steady." In 2008, she was the recipient of the Beat Music Award for Best New Artist.

She graduated from university with a double degree in biology and psychology. Following her time as an undergraduate, she focused on art, music, and philosophy.

She released her debut single, "Rock Steady," in 2008. In 2009, she was nominated for the Canadian Radio Music Award for Best Urban/R&B Single for the song.

She was born in Nigeria.

In 2014, she collaborated on the song "Dorobucci" alongside Tiwa Savage.

Most Popular#59808
Born in Kaduna, Nigeria#1
Singer Born in Nigeria#38

Di'Ja Is A Member Of