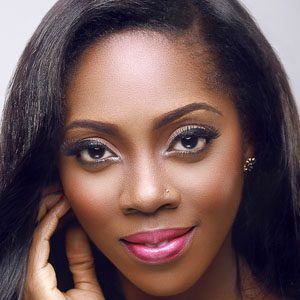 Nigerian R&B singer who released her debut single, "Without My Heart," in 2011. She has cowritten songs for other artists, like Fantasia Barrino's "Collard Greens & Cornbread."

She attended the Berklee College of Music and graduated in 2007. She made The X Factor (UK) and got into the final twenty-four.

She sang the songs "Love Me (x3)" and "Kele Kele," which are partially performed in her native language of Yoruba.

She has a brother named Sola. She married manager Tunji "Tee Billz" on November 23, 2013.

She signed to Sony/ATV Music Publishing, as did soul singer Angie Stone.

Tiwa Savage Is A Member Of