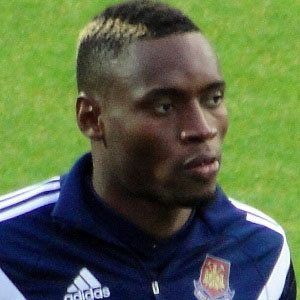 Senegalese soccer player who excelled as a striker for FC Metz, winning the Ligue 2 title in 2014. He was named Ligue 2 Player of the Year for that season before signing with West Ham United.

He played youth soccer for Generation Foot before moving to France to play for Metz in 2007.

He was eligible for both the Senegalese and French national team but elected to play for Senegal starting in 2014.

His father died unexpectedly in 2009.

He has played alongside French midfielder Morgan Amalfitano at West Ham United.

Diafra Sakho Is A Member Of