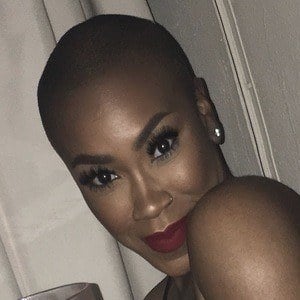 Guest on season 12 of Oxygen's Bad Girls Club who works as a celebrity makeup artist and socialite.

Before she was a guest on national television, she was employed by US Bank.

She works behind the scenes for major networks and does a lot of high profile celebrity and socialite makeup. She is known as the Eyebrow Whisperer and her nickname is Mermaid due to her obsession with the creatures.

She is from St. Peters, Missouri and she resides in St. Louis.

She worked alongside rapper Nelly with BET's Nellyville cast and production team.

Diamond White Is A Member Of