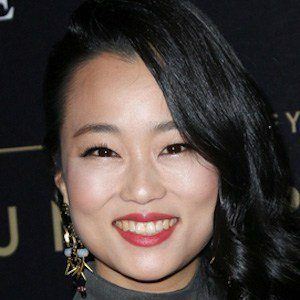 Film actress most well known for her portrayal of Sook in the controversial film The Interview starring James Franco and Seth Rogen. She is also recognizable for recurring roles in Paranormal Solutions Inc. and Bates Motel.

She attended the University of British Columbia where she studied psychology and geography.

She is a member of the Canada-based Asian sketch comedy group Assaulted Fish.

She was born in Vancouver, Canada to Korean immigrant parents.

She was cast alongside Thomas Middleditch in the film Entanglement.

Diana Bang Is A Member Of