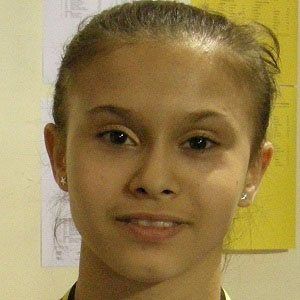 Romanian artistic gymnast who won a bronze medal as a member of the Romanian team at the 2012 Summer Olympics. She has earned gold at events like the European Women's Artist Gymnastics Championships and Artistic Gymnastics World Cup.

She began competing on the junior Romanian national team in 2008 and won silver in the floor exercise at the 2010 Olympic Games.

In 2014, she was forced to miss the Romanian Nationals and World Championships due to a knee injury for the second year in a row.

She was born in Timisoara, Romania.

She was teammates with Larisa Iordache on the Romanian team at the 2012 Summer Olympics.

Diana Bulimar Is A Member Of