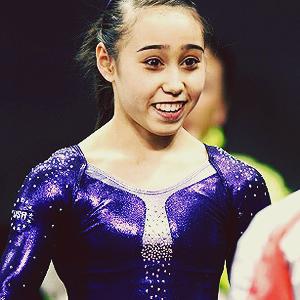 Artistic gymnast who became a four-time member of the USA Gymnastics Junior National Team. She was also the 2011 junior national champion and winner of the 2013 American Cup.

She began training in gymnastics at age of three.

She joined the UCLA Bruins gymnastics team for the 2015-2016 season; she earned two perfect 10s competing on the balance beam in 2017.

She was born in Newcastle, Washington to parents Richard and Diana.

She posted a photo of her and Olympic gymnast Simone Biles together on Instagram in 2017.

Katelyn Ohashi Is A Member Of