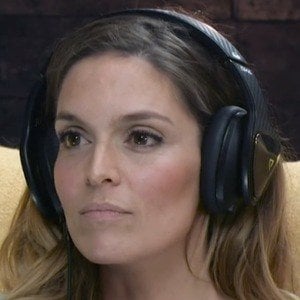 Famous for her starring roles in the Portuguese telenovelas Winter Sun, Blood Ties, The Others, Island of Love, and Strawberries with Sugar, she is also recognized for her role as Victoria in the 2014 Portuguese film Mau Mau Maria.

She made her television debut on Strawberries with Sugar when she was in her early twenties.

Also a model and television host, she appeared on the cover of the Portuguese edition of Maxim and presented several episodes of the news program DeLuxe.

One of three daughters born to Carlos Quintela Chaves and Cristina Morais Rosado, she spent her youth in Lisbon, Portugal. She had a high-profile relationship with professional soccer player Cesar Peixoto.

In 2014, she appeared with Cesar Mourao in several episodes of the comedy series Salt.

Diana Chaves Is A Member Of