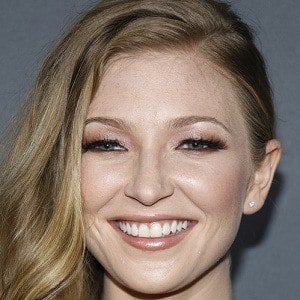 Actress who has appeared in movies like 2013's The Wicked and 2015's Love, Lust & a Room Key. She has also landed bit parts on popular shows like Criminal Minds.

She was cast as Gracie Shinn in a community theatre production of "The Music Man" at 11 years old. She later attended the New York Film Academy's 4-week acting program.

She is a singer and guitarist who has posted acoustic covers of songs like Boy's "Skin" to her personal YouTube channel.

She co-starred with Jessica Morris in the 2016 film Hidden Truth.

Diana Hopper Is A Member Of